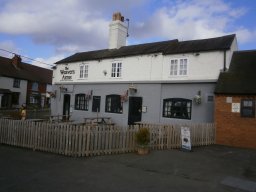 It’s hard to believe that the Weavers Arms at Fillongley, sitting in the depths of rural Warwickshire, would be one of the districts most prolific charity fund raisers, but it’s true.

Between February 2012 and December 2019 this quiet little pub has raised over £47,700 towards local and national charities.

The Air Ambulance service alone, has received over £43,500 from the monies raised with others including the annual Poppy Appeal, McMillan Coffee Mornings, Prostate and Breast Cancer charities all benefitting from activities in and around the pub. 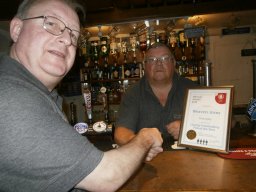 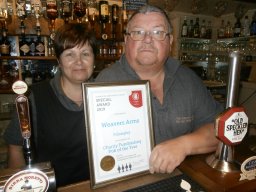 Landlord Glynn Roberts publicly thanked everyone who participated and contributed to their annual music day, golfing & quizzing events as well as their 100 and bingo clubs for helping raise so much for so many worthwhile causes.