Exciting month for the branch and CAMRA. 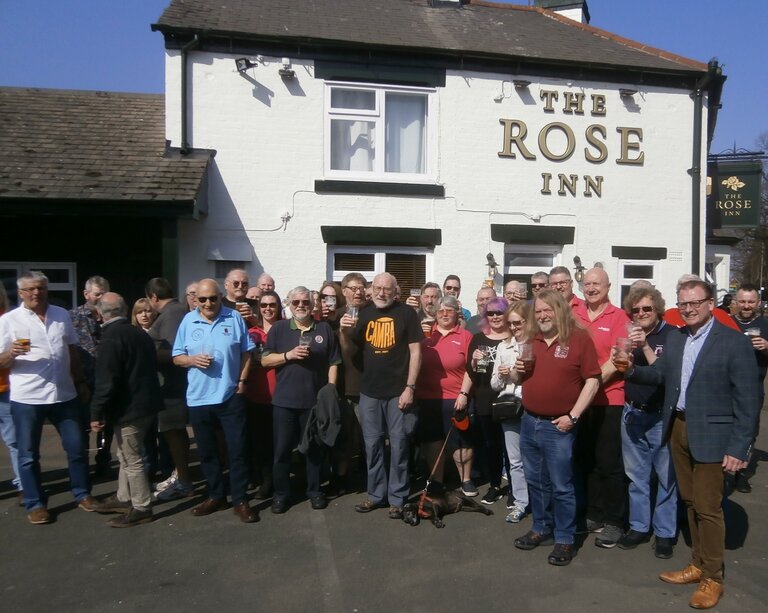 Saturday 26th March saw representatives of all ages from the East and West Midlands converge on the Rose in to celebrate the 50th anniversary of the inaugural Annual General Meeting of CAMRA. Although none of the four founding members were in attendance, there was one member who was there on that historic day, along with many members that could claim 40+ years membership.

Guest speaker, Local MP Marcus Jones, spoke briefly about the importance of pubs and the role they play in local communities. He also reminisced of his first employment opportunity as a glass collector in one of the towns pubs, and of the many lessons in life that he had gained while interacting with the customers.
He went on to congratulate CAMRA on its many campaigning successes over the past half-century and said “You can always tell when CAMRA is running a campaign and is encouraging its members to lobby their MP. You sit down to check your emails, and your inbox is full!”

Jailhouse to reopen? An application has been approved by Nuneaton & Bedworth Borough Council for a variation to the alcohol license for the Jailhouse.
Cricketers Arms , Nuneaton Road, Bedworth has finally been demolished having been closed since 2019

Voting for the branch Pub of the Year has now closed, and the results years will be announced at our AGM in April.
The selection of the entries for the 2023 Good Beer Guide is also complete, but these remain embargoed until the publication of the Good Beer guide in October.
Our thanks go out to all members that submitted beer scores, it makes the selection process so much easier.

At our AGM, scheduled for 12th April, we will be looking for volunteers to fill several committee / branch positions. These will consist of the five core posts - Chair, Secretary, Treasurer, Membership & Social Secretary.
There are also a number of additional support roles that we would like to appoint - Pubs officer(s), Brewery Liaison Officer(s), Magazine sub-editor and Pub protection officer.