June 2015 On the weekend of 19th-20th June 2015 Nuneaton & Bedworth Camra held their annual beer festival at the Co-op club in Dugdale Street Nuneaton. With the Mayor and Mayoress Barry & Jean Longden in attendance it was a very worthwhile venture with most the beer selling out and lots of good customer feedback regarding beer choice and quality plus the two bands we had on went down very well.

It was also good to see that in the voting for beer of the festival two of our local breweries claimed 1st and 2nd Sperrins of Ansley the winner with MacAwe 6% and Church End of Ridge Lane runner up with Furious Custard 4-2% both specials brewed to commemorate our bands. The cider of the festival was Insider from Beer agent.

We'd like to thank both bands who played for the fun of it and a few beers.... MacAwe who are made up of Geoff Veasey from Nuneaton Folk Club who meet at the Crown Nuneaton on the 1st Wednesday of the month and a few people who perform there....and Furious Custard a local Punk & rock covers band who played on despite their bass player quitting hours before the gig. We would also like to thank all the hard working volunteers from our branch plus Coventry and Hinckley & Bosworth without them the festival would not happen. Finally our chosen charity was Nuneaton & Warwickshire Wildlife Sanctuary to which we were able to present a cheque for £158-26p to a very worthwhile cause. 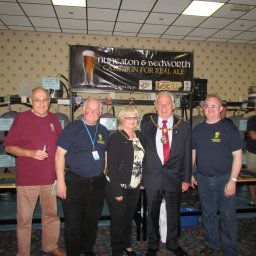 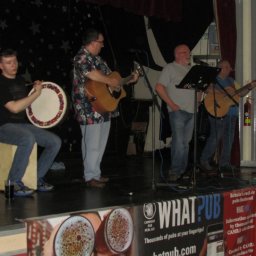 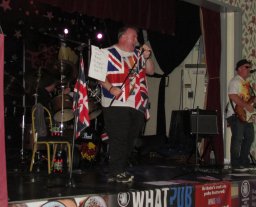 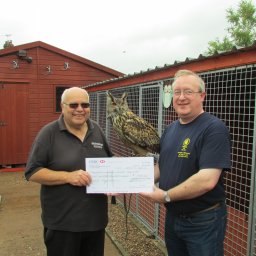