Lord Hop, Nuneatons first and only micropub has done it again. Not satisfied with collecting a host of local awards they're going after the big ones.
This time it's Warwickshire Pub of the Year. 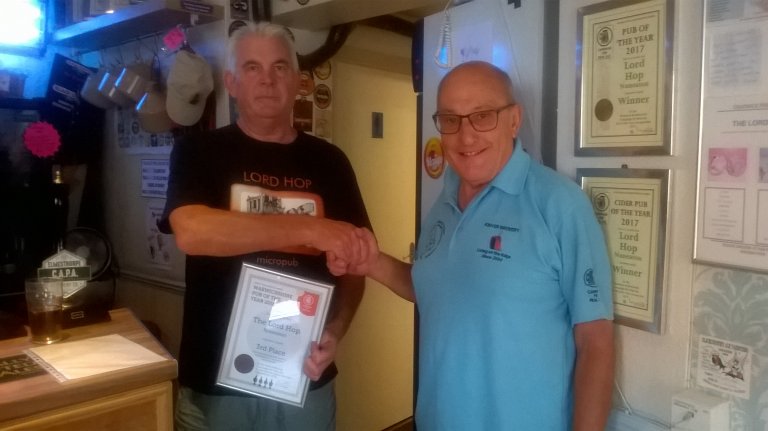 In presenting the award for third place to Gary Thomas, Jim Witt, CAMRA area organizer for Warwickshire stated that the standard of all the pubs in the competition were of an exceptionally high standard and it was becoming more difficult to distinguish between them.

Well done to Gary, Grace, Dan and all on all they have achieved in the last 2 1/2 years.

Second place was awarded to the 7 Stars in Rugby, and this years Warwickshire Pub of the Year is …

Well done to all pubs that were in the competition and many thanks to the judges who visited them all.