20th of August saw a first for the Felix Holt in Nuneaton, a Tap-Room Takeover and Meet the Brewer. On this occasion Byatts were the featured brewery with a selection of six beers available on the night. 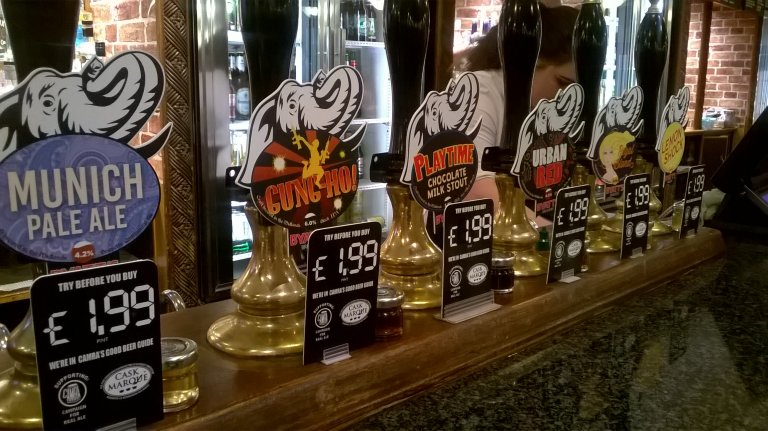 The evening was hosted by Shelley Chamley-Byatt, with Lee staying back at the brewery, doing what he does best – brewing.

Shelley delivered a knowledgeable talk on their range of beers and her recent trip to Japan for the beer festival hosted by Daiseng G Beer brewery. Byatt’s were the only British brewery in attendance, something of a scoop.

The group was also made privy to the news that Byatts were launching two new beers at their first taproom beer festival the following weekend – Ruby Rye and Desert Yetis, the latter named for the band that perform at brewery tap.